Dark Conceit: The Making of Allegory 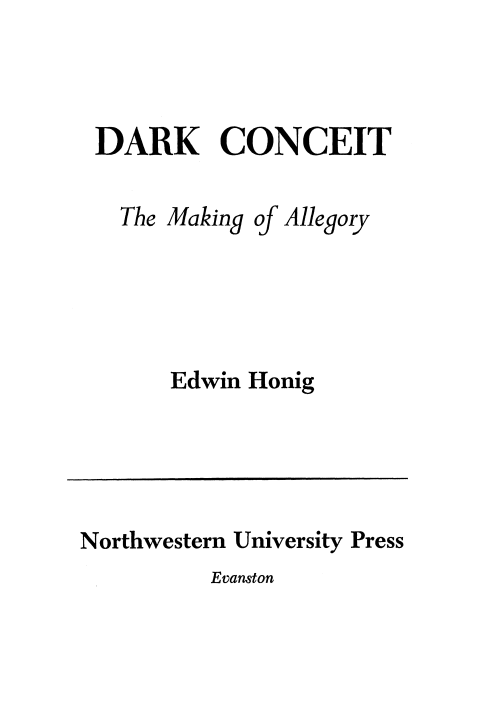 Dark Conceit is the first book in English to treat allegory seriously in terms of literary creation and criticism. The study explores the methods and ideas that go into the making of allegory, discusses the misconceptions that have obscured the subject, and surveys the changing concept of allegory. The greater part of the book concerns the typical features of allegorical fiction, focusing on a group of Romantic and contemporary writers, including Melville, Hawthorne, and Kafka, who continue the allegorical tradition in literature. Such writers, along with Lawrence, James, and Joyce, are taken to be the modern counterparts to an earlier group of pastoral, evangelical, and satirical writers represented by Spenser, Bunyan, and Swift. Honig’s thesis is that literary allegory, while symbolic in method, is realistic in aim. Its very power lies in its giving proof to the physical and ethical realities of life objectively conceived.

EDWIN HONIG (1919-2011) was a poet, critic, and translator known for his elegant English renditions of seminal works of Spanish and Portuguese literature. He was a Guggenheim Fellow and taught at several universities, including Harvard, New York University, and Brown University.