Internal Evidence and Elizabethan Dramatic Authorship: An Essay in Literary History and Method 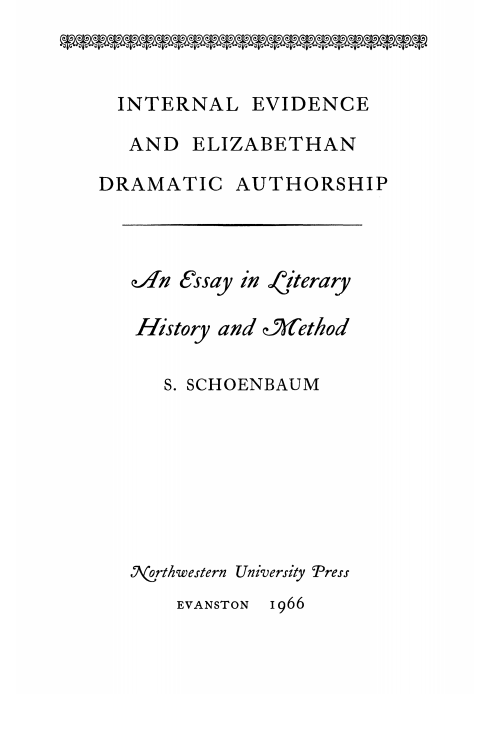 Internal Evidence and Elizabethan Dramatic Authorship provides one the earliest attempts to write a theoretical method for evidence within plays to help determine authorship or to help distinguish the work of one author from another. Samuel Schoenbaum’s study remains valuable, for the attempt to attribute unattributed plays to one or another author remains an ongoing conversation within early modern scholarship today.

SAMUEL SCHOENBAUM (1927 - 1996) was a 20th century Shakespearean biographer and scholar. He taught at Northwestern University from 1953 to 1975, City University of New York from 1975 to 1976, was the Distinguished Professor of Renaissance Studies at the University of Maryland from 1976 to 1993, and served as director of UMD's Center for Renaissance and Baroque Studies from 1981 to 1996. He was a past trustee of the Folger Shakespeare Library and the American consultant for the Oxford University Shakespeare Project, and one of the inaugural editors of Northwestern University Press's Renaissance Drama, the premier journal of early modern drama.