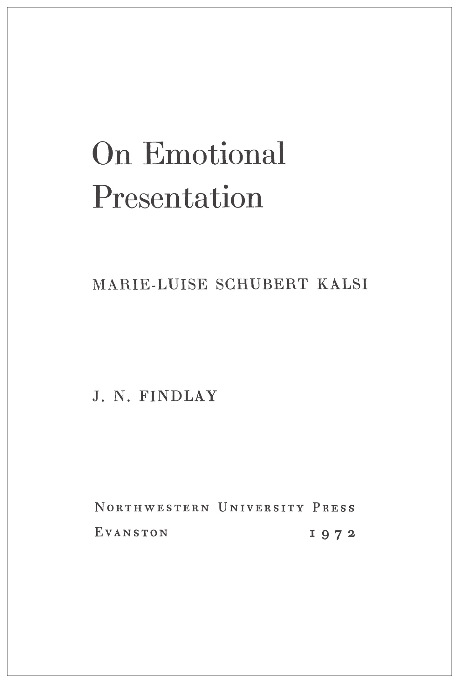 First published in German in 1917, On Emotional Presentation investigates the interrelation of emotions, values, and obligation. Alexius Meinong presents a realist theory of values in which values are given in and through emotion but are also ontologically independent of emotion or any subjective attitude. Meinong’s first discusses the concept of “intellectual presentation” (psychic experiences such as ideas, judgments, and assumptions), and then extends his inquiry to the psychic experience by which values, aesthetic properties, and obligations are presented. These emotional presentations are explored through a careful psychological and epistemological analysis.

ALEXIUS MEINONG (1853 - 1920) was an Austrian philosopher whose work was influential on both early analytic and continental philosophy. A student of Franz Brentano, he worked in the field of descriptive psychology; his most important contribution to philosophy was his theory of objects.

By Alexius Meinong, translated and with an introduction by Marie-Luise Schubert Kalsi and with a foreword by J. N. Findlay