Fair Rosamond: A Study of the Development of a Literary Theme 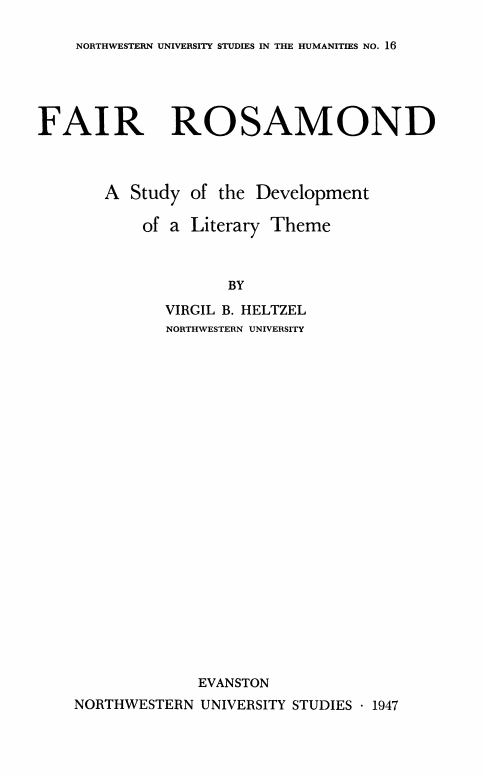 In Fair Rosamond, Virgil B. Heltzel traces the character of Rosamond Clifford, known as Fair Rosamond - which has its origins as a theme in medieval literature -through its use in poetry and plays and novels, from the Renaissance through the early twentieth century. Heltzel’s book retains its importance today for scholars tracing certain thematic structures through all periods of literature.

VIRGIL BARNEY HELTZEL (1896 - 1976) received an M.A in English from Harvard University in 1920, and a Ph.D. from the University of Chicago in 1925 after serving in the U.S. Army from 1917-1919. He taught in the English Department at Northwestern University where he remained until his retirement as a professor of English in 1962.

By Virgil B. Heltzel