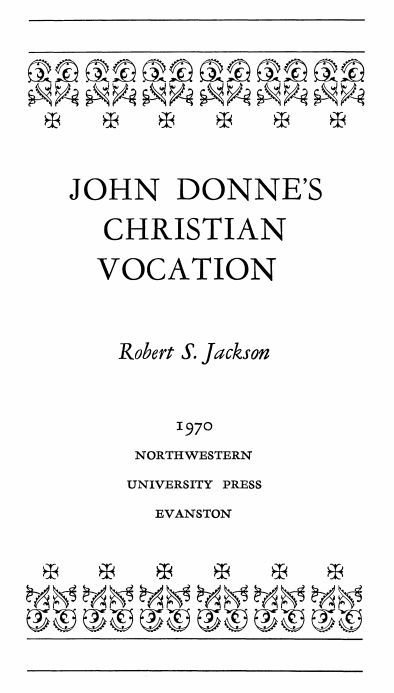 John Donne’s poetry is often difficult and perplexing, even more so because it undergoes a shift away from secular topics after he converts and begins to lead a religious life. Robert S. Jackson’s John Donne’s Christian Vocation is one of the first studies that takes seriously the ways that Donne’s Christian vocation permeates all of Donne’s writings, not just those after his conversion, but even those prior to it. Jackson’s study remains significant today because the religion and literature movement has focused renewed attention on Donne and his writing, and numerous critics and scholars use John Donne’s Christian Vocation as a model for their own scholarship on Donne.

ROBERT SUMNER JACKSON was a member of the Department of English at Yale University. His education was both theological and literary; he received his S.T.B from Harvard Divinity School and his Ph.D. in English from the University of Michigan.