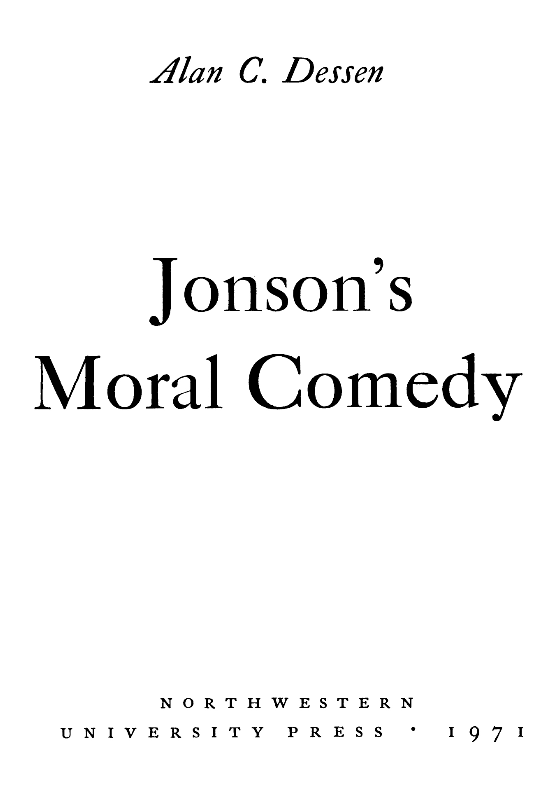 Alan C. Dessen’s Johnson’s Moral Comedy asks the question about the character of Ben Jonson’s comedies: were they sentimental or were they didactic and moralistic comedies? Dessen’s groundbreaking text remains significant for its contribution to early conversations about Jonsonian comedy, as well as its contribution to the practice of ethical criticism of literature. In his close readings of Jonson’s plays, he offers a model of engaging in such critical practice.

ALAN CHARLES DESSEN (born 1935) is professor emeritus of English at the University of North Carolina, Chapel Hill. He received his Ph. D. from Johns Hopkins in 1963. He is the author of several books including A Dictionary of Stage Directions in English Drama 1580-1642 and Elizabethan Stage Conventions and Modern Interpreters.