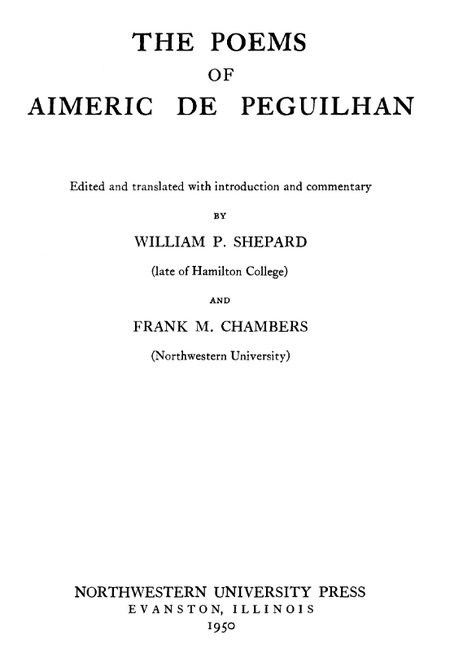 AIMERIC DE PEGUILHAN (approximately 1170 to 1230) was a French troubadour received at courts in in southern France, Spain, and northern Italy. WILLIAM PIERCE SHEPARD (1870-1948) was a professor of Romance languages at Hamilton College, where he taught Ezra Pound. FRANK MCMINN CHAMBERS (1910-1999) received his Ph.D. from Harvard in 1935 and was a professor of French at Northwestern University and the University of Arizona.

By Aimeric de Peguilhan, edited and translated with introduction and commentary by William P. Shepard and Frank M. Chambers