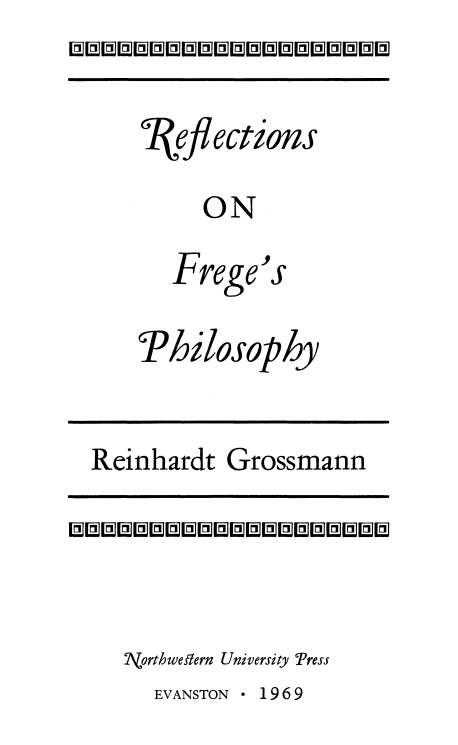 In Reflections on Frege’s Philosophy, Reinhardt Grossmann investigates the most important themes in the philosophy of Friedrich Ludwig Gottlob Frege (1848-1925): his distinction between objects and functions, his characterization of numbers as nonmental classes, his theory of sense and reference, and his ontology of truth-values. Grossmann examines Frege’s solutions to basic philosophical problems, and where he finds them inadequate provides what he considers to be more viable alternatives. Grossmann argues that an ontology should contain states of affairs rather than Fregean senses, and that the sense-reference distinction, Frege’s most original and famous metaphysical innovation, must ultimately be rejected. This study is both an exposition of Frege’s philosophy and an original contribution to the philosophical enterprise.

REINHARDT GROSSMANN (1931-2010) received his Ph.D. from the University of Iowa in 1958. He was a philosopher and professor at Indiana University and the author of numerous books and studies in the areas of metaphysics, ontology, epistemology, and philosophy of mind.