The Sacred Meadows: A Structural Analysis of Religious Symbolism in an East African Town 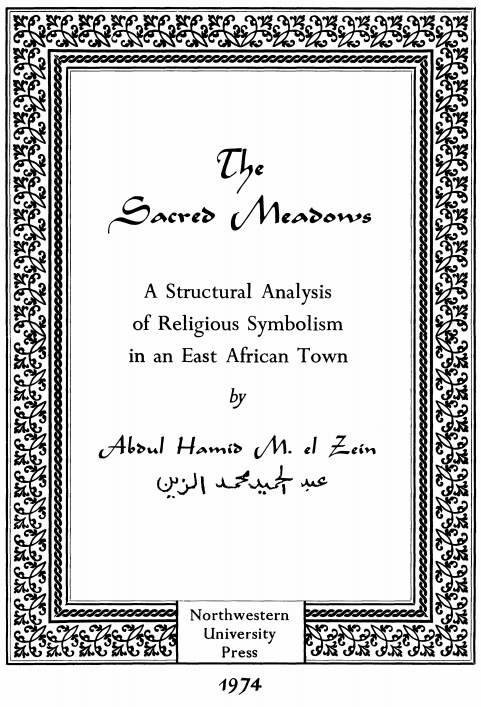 The Sacred Meadows is an anthropological study of the religion of Lamu, the oldest inhabited town in Kenya, originally settled in 1370, and situated on an island off the Kenyan coast. Abdul Hamid el Zein discusses the religious impact of Islam and its place in Lamu society. He explores the structure of the town’s religious system and its relation to social stratification and everyday life. Through his analysis of the religious symbolism used by the people of Lamu, he shows that myth, ritual and magic are integral parts of a whole symbolic system.

ABDUL HAMID EL-ZEIN was a professor of anthropology at Temple University and a member of the Institute for Advanced Study.