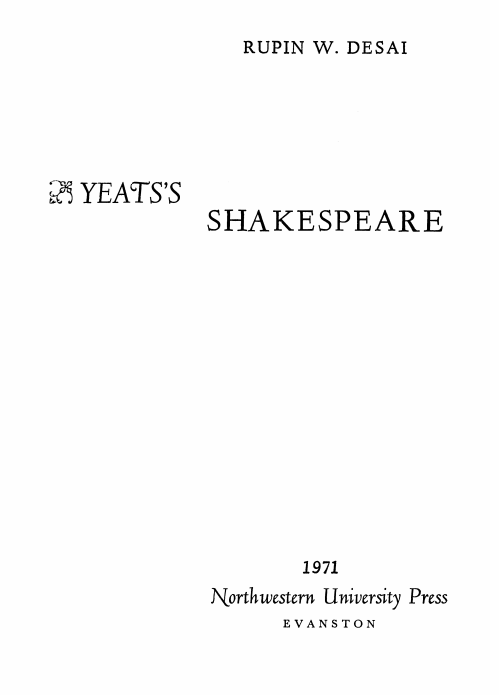 RUPIN W. DESAI earned his Ph.D. in English literature at Northwestern University, on a Fulbright scholarship. He returned to India where he became a professor of English at Delhi University and the founding editor of the journal Hamlet Studies.